With the sponsorship of Stoneline, another legendary concert from Istanbul Music Festival which makes people respect the composer, , towards 2020 Beethoven year!

As Hans von Bülow once said, “The Well-Tempered Clavier is the “Old Testament” and Beethoven’s Sonatas are the “New Testament””. We need to believe in both of them”. In this concert, Piotr Anderszewski,  while presenting a program special to himself, requiring a great deal of virtuosity, also brings Bach’s Prelude and Fugues together with not the Sonatas or Beethoven, but his Diabelli Variations. Additionally, he plays Schumann’s piece inspired by Bach’s Preludes.

Piotr Anderszewski’s history with “Diabelli Variations” can be traced back to 1990 Leeds Piano Contest. Teldec company has made a swift album offer to Anderszewski who gathered all the attentions with this piece he played in semi-finals. Young pianist in his early 20’s who refused that offer, when he received the same offer from Virgin Classics many years later, has accepted it, thinking that his knowledge regarding the work of Beethoven is more profound. Whereas Anderszewski’s “Diabelli Variations” awarded with Choc du Monde de la Musique and ECHO Classic, is accepted as the best for a certian period, critics evaluate his concert performance as the best performance they have heard until today. Artist himself however, likenes this magnificent work to a journey and invites all the music enthusiast to this journey at the end of which they will be transformed. He describes Diabelli Variations as “a complete universe consisting of all the memories of the person, though it was a small cell at the beginning.” 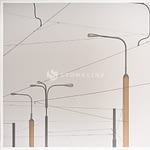 We use cookies on our website to give you the most relevant experience by remembering your preferences and repeat visits. By clicking “Accept All”, you consent to the use of ALL the cookies. However, you may visit "Cookie Settings" to provide a controlled consent.
Cookie Settings Accept All
Manage consent

This website uses cookies to improve your experience while you navigate through the website. Out of these, the cookies that are categorized as necessary are stored on your browser as they are essential for the working of basic functionalities of the website. We also use third-party cookies that help us analyze and understand how you use this website. These cookies will be stored in your browser only with your consent. You also have the option to opt-out of these cookies. But opting out of some of these cookies may affect your browsing experience.
Necessary Always Enabled
Necessary cookies are absolutely essential for the website to function properly. These cookies ensure basic functionalities and security features of the website, anonymously.
Functional
Functional cookies help to perform certain functionalities like sharing the content of the website on social media platforms, collect feedbacks, and other third-party features.
Performance
Performance cookies are used to understand and analyze the key performance indexes of the website which helps in delivering a better user experience for the visitors.
Analytics
Analytical cookies are used to understand how visitors interact with the website. These cookies help provide information on metrics the number of visitors, bounce rate, traffic source, etc.
Advertisement
Advertisement cookies are used to provide visitors with relevant ads and marketing campaigns. These cookies track visitors across websites and collect information to provide customized ads.
Others
Other uncategorized cookies are those that are being analyzed and have not been classified into a category as yet.
Save & Accept
Powered by